The FTI case: 3 things to discuss 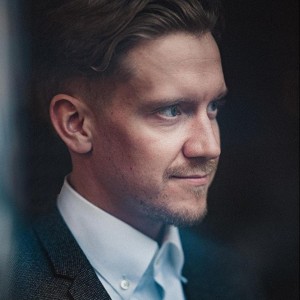 I will be honest. The FTI recycling case does not involve the most exciting markets on this planet. But bare with me, because the case does provide us with a good opportunity to discuss whether the effective application of competition law in Sweden is being jeopardised by the Swedish Patent and Market Court of Appeal’s relentless track record of rejecting complaints. In this post, I go through 3 questions that came to mind reading the FTI recycling case.

Background to the case

If you buy a product in Sweden, you can rest assured that you have a collection site close by where you can recycle the product’s packaging. No matter where in Sweden you live, essentially. How come? Is a nationwide infrastructure for collecting packaging an essential facility?

To offer such producer responsibility services, service providers need to have access to an actual infrastructure to collect packaging for recycling.  This infrastructure also needs to be compliant with regulatory requirements, which at the time of the FTI case meant that the system needed to be nationwide. In Sweden, the only nationwide infrastructure for collection and recycling has been the one owned and operated by The Packaging and Newspaper Collection Service, FTI. FTI is a company ultimately owned by a number of retail and industry trade associations as well as individual producers.

In 2016, FTI terminated the contract and refused to negotiate a new contract. Because of the termination, TMR would no longer be able to offer producer responsibility services using FTI’s infrastructure. The same year, TMR submitted complaint to the the Swedish Competition Authority. In the complaint, TMR argued that FTI’s termination of the contract constituted abuse of dominance. The SCA opened an investigation and in 2018 ordered FTI to withdraw the termination, under the penalty of a 20 million SEK fine. Upon FTI’s appeal, the Swedish Patent and Market Court (the “PMC”) upheld the SCA’s decision. The FTI then appealed to the Swedish Patent and Market Court of Appeal (the “PMC of Appeal”) that reversed the decision and rejected SCA’s order, finding that FTI’s termination did not constitute abuse. The PMC of Appeal concluded in its decision that the famous Bronner test, originally devised as a test for refusal to supply, should be used to assess whether FTI’s disruption of its existing supply to TMR constituted abuse. Under the Bronner test, a refusal to supply constitutes abuse if, in simple terms:  (i) the input is indispensable, due to a lack of actual or potential alternatives to the input, (ii) the refusal eliminates all effective competition downstream, and (iii) the refusal cannot be objectively justified.

On a superficial level, the PMC of Appeal's explicit application of the Bronner test differed from the PMC's approach

On a superficial level, the PMC of Appeal’s explicit application of the Bronner test differed from the PMC’s approach. Unlike the PMC of Appeal, the PMC had concluded in its decision that the Bronner test itself was not applicable to supply disruptions. At the same time, the PMC did hold that a supply disruption could not constitute abuse unless the disruption eliminated all effective competition downstream. I.e. step (ii) of the Bronner test. Furthermore, the PMC noted, with reference to Bronner, that an elimination of effective competition downstream, by its nature, was only possible if there were no actual or potential alternatives to the input. I.e. step (i) of the Bronner test. Therefore, besides the labelling of the test, there seems to be only little or no difference in the actual substantive steps applied by the PMC and the PMC of Appeal to assess FTI’s conduct.

To me, the formal labelling of the test is not as interesting as the question of whether the actual economic and factual differences between supply disruptions and supply refusals, are taken into account within the analytical framework. That is to say, does the test, however it may be labelled or broken down, take into account that a supply disruption is vastly different from a supply refusal, from both a theoretical and practical perspective.

Here, it can be noted that all three of the SCA, the PMC and the PMC of Appeal noted, with reference to the European Commission’s enforcement priorities (para. 84), that at least the European Commission will consider it more likely that conduct is considered abusive in disruption situations compared to de novo refusals. But unfortunately, the PMC of Appeal’s decision ultimately did not include any discussion on how or whether its assessment of FTI’s conduct actually took into account the fact that the input had already been supplied and enabled competition on the downstream market (more on that below). In analysing whether FTI’s infrastructure was indispensable downstream, the PMC of Appeal saw the evidence differently than the SCA and the PMC. Both the SCA and the PMC found that it would be unreasonably difficult for TMR and other competitors to establish separate nationwide public infrastructures for collection of household packaging in parallel with FTI’s existing nationwide infrastructure. This finding was mainly based on evidence indicating that there was a lack of available space to build collection sites around Sweden. The finding was also based on indications that it would not be cost effective or economically justifiable to do so, due to the limited utility of a parallel nationwide recycling infrastructure.

As to the economic feasibility in establishing a parallel nationwide collection infrastructure, the PMC of Appeal did not question that it could be time consuming and costly to establish a parallel system, but did not consider that the evidence relating to such difficulties and costs met the standard of impossible or unreasonably difficult. The PMC of Appeal also noted that the SCA had presented evidence, such as witness interviews , showing that a parallel collection infrastructure would not be  profitable and would provide only limited utility. However, the PMC of Appeal did not consider this evidence to be sufficient to demonstrate that a parallel nationwide infrastructure met such obstacles as required under the Bronner test.

Is the PMD of Appeal jeopardising the effective application of competition law?

Put differently, the PMC of Appeal has never actively allowed competition law to be enforced in Sweden.

Is it not now incumbent upon the PMC of Appeal to make additional efforts to provide even further guidance in its decisions on the evidentiary requirements it will apply in future cases?

As an example, the PMC of Appeal did conclude that the SCA had presented evidence showing that there had been difficulties in finding available space to establish collection sites, but ultimately found this evidence too vague as to what efforts had been undertaken by TMR to overcome such difficulties. Given the track record of cases before the PMC of Appeal so far, and given the principle of effectiveness, it could be argued that the PMC of Appeal should have explained in more detail how SCA could have remedied this lack of evidence.

Similarly, the PMC of Appeal did conclude that the SCA had presented evidence indicating that establishing a parallel nationwide infrastructure for collection would not be economically profitable and would lack sufficient utility, but ultimately dismissed this evidence because it was not precise enough. Perhaps the PMC of Appeal could have commented what type of evidence it would have considered precise enough in this context.

It would not be foreign to the Swedish procedural legal system for a court of appeal to provide guidance to the lower courts, relevant authorities, companies and citizens on its application of relevant evidentiary standards. The Swedish Supreme Court has repeatedly granted leave of appeal in order to provide such guidance.** Similar guidance from the PMC of Appeal would be welcome. 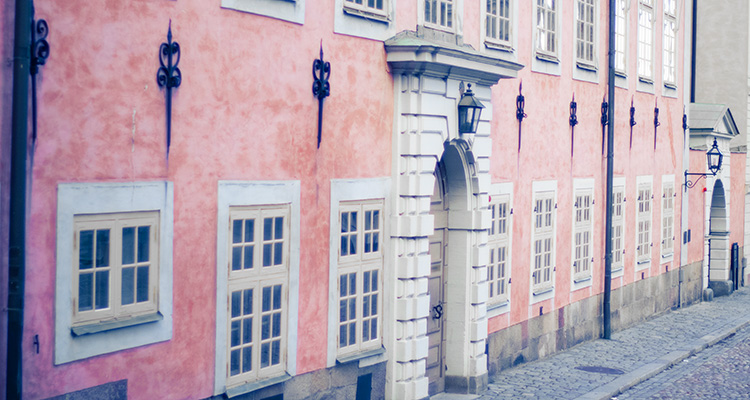 The PMC of Appeal was established in 2016, as a part of Svea Court of Appeal in Stockholm. It is located in Stenbockska palatset, built in 1640 on the island Riddarholmen

Is it worse to disrupt an existing supply than to refuse a new supply?

One interesting aspect of the FTI case is that it concerned a disruption of an existing supply of an input, and not a refusal to initiate a new supply. As mentioned, the PMC of Appeal relied on the Bronner test to analyse the supply disruption, despite the test originally being devised in a case relating to a de novo refusal. To preface the application of this test, the PMC of Appeal noted, as the SCA and the PMC also had done in their respective decisions, with reference to the European Commission’s enforcement priorities (para. 84), that at least the European Commission considers supply disruption conduct more likely to constitute abuse than supply refusal conduct. This preface notwithstanding, it is somewhat unclear if and how this distinction was taken into account in the PMC of Appeal’s ultimate assessment of the indispensability of FTI’s input. This is unfortunate.

Some may argue that it should make a difference when assessing the economic feasibility of constructing a completely parallel nationwide infrastructure, that the existing infrastructure already has been supplied to competing undertakings downstream. More so in cases, such as the FTI case, where the establishment of the existing infrastructure seems to have been facilitated, at least partly, by public investments that most likely would not be available anew to build a parallel infrastructure. Instead of discussing any of this, the PMC of Appeal concluded brusquely that the SCA’s evidence in this regard was not precise enough. Thereby, the PMC of Appeal punted on an excellent opportunity to address and provide further guidance on this issue.

In the FTI case, the PMC of Appeal ordered a hefty 50% discount on the costs claimed by FTI’s main law firm in the case. I have no insight into whether FTI’s legal cost claim was reasonable. But from an outside perspective, the PMC of Appeal’s approach in discounting legal costs could come off as a bit exorbitant and arbitrary.

As usual, please reach out to me on andres@acevedolaw.eu if you have any thoughts or comments. Also, if you liked this post, consider subscribing to my newsletter. Once or twice a month I send out a roundup with some thoughts and recommended reading on competition law. 3 aspects of SPAC transactions to keep in mind 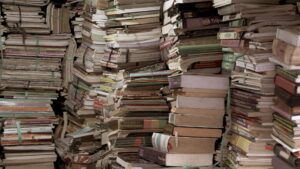 Note: Andres Acevedo today practices law through Afirm Advokat AB. He can be reached on andres@afirm.law or +46705276266. The blogposts are kept available for archival reasons only.